Shop men's and women's full wetsuits for surfing and diving. Use OHANA10 for 10% off your first order.

Catching waves is all about positioning and speed, but as one of the toughest lessons for novice surfers, it’s best learned through practice. To catch a wave, you must be able to identify each stage the water goes through before it breaks, then time your action to catch it at the precise moment when you can exploit its full power.

You can learn plenty by merely watching experienced surfers, but trying (and failing) will give you an intuitive sense of what the ocean needs of you.

As a novice, you’ll learn that catching green waves requires more work than breaking swells, so you’ll need to paddle perpendicular to the water to reduce your exposure to choppy waters. As you progress, you’ll learn to catch the three different kinds of wave as well as learn how to escape the wave.

Learn How to Catch a Wave (Step by Step)

To catch a wave, you must be aware of the entire ocean, both in terms of the land behind you and the waters at the horizon. When a swell is just a bump, it cannot be caught, so you must train yourself to identify the perfect steepness.

Position Yourself to Catch the Wave

At the point of the break, the lip of the water is too steep for catching, and once it’s broken, it contains too little power to catch. When you’re learning how to catch a wave, you’ll find out how to position yourself four to five metres from the spot where most waves are breaking. Stick to the area occupied by most surfers, and you’ll soon learn why they select their distance the way they do.

When you’re far from the swell, you can pick an unbroken wave, turn, and paddle into it at the same speed as the wave’s transition. You’ll soon learn to catch waves when they’re still unbroken and stand when you’ve become a part of your own rhythm. Even at the novice stage, you’ll learn a few different ways to catch swells.

If you have a beginner’s board, you won’t need to wait for large waves. Light boards require extra strength, but they let you pack more practice into each hour, and the extra fitness you gain will pay off later. You can push your board towards the beach while pulling yourself upright or paddle as the wave reaches you from behind.

The board will rise, telling you precisely when you’ve caught your wave. If you’re too far to the front of your board, you’ll get thrown off. Keep your back arched and allow your weight to be carried by your legs. If the swell passes before you’ve caught it, you might be too far towards the back of your board. Try paddling faster so that you have enough speed when the water reaches you.

Paddling to Catch The Green Wave

Catching a green wave requires you to understand your position to the beach, so you’ll need to keep triangulating it from the reef and wave line instead of keeping your eyes at your feet.

Green waves are farther out, so your first step is to become a proficient paddler. You have 25 seconds to decide which direction you want to end up catching a wave, and duck diving can help you to get into the lineup more easily.

Once the wave is beneath you, pop onto your feet, but stay compressed. As the board begins to drop, you can bring your arms over it. This is a tricky skill to perfect, requiring just the right board selection and understanding of which parts of the swell support gliding. That area will turn into a steep wave in mere seconds, causing you to nose dive.

Don’t be afraid of that–it’s a necessary evil for all surfers. You won’t get better without challenging yourself to new waves and moves but put safety first. Negotiating strokes with your board between you and the wave is the fastest way to get knocked in the face. Letting a little experience go to your head can make you overconfident, and arrogance is the antithesis of safety.

Falling Off The Wave

This critical part of catching a wave will require some coaching, so don’t expect to get it perfect today. You’ll need to dive with your surfboard to get under large waves, adjust your breathing, and hold onto your momentum.

As the wave crests, you must fall parallel to the shoreline, extending your body at a 30-degree angle. This way, you’ll be able to paddle free of the current. Wipeouts can send you straight towards the reef, not knowing the direction of the sky or beach, so it can lead to dangerous collisions. Wiping out properly entails jumping away from your board.

A cannonball jump can prevent sprains, but the most important part of the process is keeping your head up and covered by your arms. Calm water is low, so sinking will allow white water to pass easily above you. Only worry about regaining control of your board once you’ve resurfaced. A floating board can hit someone, including you, so stay aware of your leash.

What does it mean to catch a wave?

To catch waves means paddling into them just before the water breaks so that you can surf them.

How do you get out of a wave?

It’s easy to focus on how to catch swells, but don’t forget to spend time learning the safest way of getting out of one, too.

What is green wave surfing?

Green water is an unbroken swell, and surfing it is one of the largest challenges progressing surfers must face because of the lack of power green waves provide.

What makes a good surf wave?

When you’re learning how to catch waves, you’ll come into contact with the finest supertubes, pointbreaks, and reef breaks. If you’re a novice, the best surf waves are unbroken and glassy, with just a little spray coming off the tip.

Swells that break in one direction are easier to surf because they don’t fold in a variety of directions. However, when you’ve learned how to catch waves, you’ll begin to seek out more powerful hollow A-frame swell structures.

Point breaks are a common favourite because they provide a quality shape more often than alternatives and are more predictable. They also provide more length, and thus a longer ride. Most surf spots have plenty of breach breaks, but only the best locations have just the right geographical orientation to build the full force of oncoming swells.

What are the three main types of wave?

Understanding swells is a core part of learning how to catch them. They’re categorised as:

Underwater geology plays an important role in catching waves, and some formations can only be found in a few locations in the world. That’s why surfers frequently travel halfway across the world to surf. There are simply no pipeline reef breaks like those on Hawaii’s North Shore, and few point breaks to compare with those on Bells Breach in Australia. Catch the three different types of wave at beginner’s events and special programmes.

Learning to surf isn’t entirely intuitive, so you’ll probably need some surf coaching before you learn how to cope with serious whitewater without nose-diving. As you peak and get better, you’ll move beyond unbroken waves and figure out how to navigate the steepest wave shoulders.

Barrel waves and curls are the most fun you can have on the open ocean, and you’ll soon make them a part of your beach days. If you’ve not yet progressed beyond blog post and article reading, you can learn a few surfing skills as a skater.

Stick close to the most advanced surfers in your neighbourhood, and you’ll learn plenty of lessons to get you on your way. That said, there’s plenty of surfing etiquette to learn. Respect surfers who have right of way on a wave and avoid paddling ahead of those who are furthest inside.

Cutting in front of other surfers won’t win you any friends. Don’t paddle around others to gain position and mind the locals. They’ve been there longer than you have.

Learning to surf can be thrilling, boring, and terrifying all at once, but in the end, all your hard work will be well worth your while.

Shop men's and women's full wetsuits for surfing and diving. Use OHANA10 for 10% off your first order.

As an Amazon Associate, World Surfers earns from qualifying purchases. 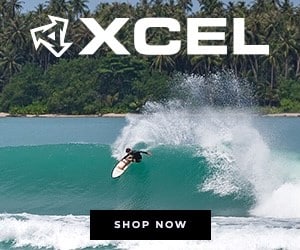 Shop men’s and women’s full wetsuits for surfing and diving. Use OHANA10 for 10% off your first order.